Celebrities That Have Struggled with Infertility

Published on October 11, 2016 by SCRC Contributor
Share this on social media: 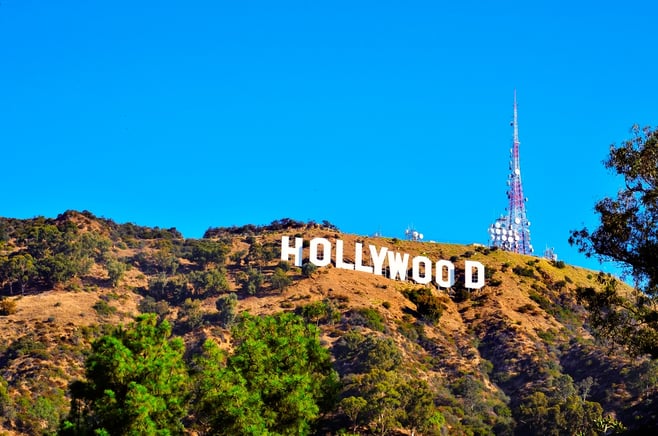 Going through fertility treatment can be a lonely time for many patients. Conceiving a child with the help of assisted reproductive technology (ART) is not uncommon these days, but it’s still very possible to feel that you are the only person you know that is dealing with infertility. It may seem like a minor thing, but learning that celebrities are going through the same experience can be secretly comforting for some people. With television, the internet, and social media, we feel more connected to celebrities than ever before, and when they open up about their personal struggles around fertility, it gives us hope. Here are just a few big names who have used ART to build their families.

The Dr. Quinn Medicine Woman actor suffered from secondary infertility in her 40s. She had two children in the 80s with her second husband, but when she tried to add to her family in the 90s with her new husband, she struggled. Seymour was an early celebrity advocate for fertility treatment, opening up about her miscarriages and the IVF treatment which resulted in the birth of twin boys in 1995, when Seymour was 44 years old.

Thomson and her husband Greg Wise have been candid about the emotional toll of IVF and infertility treatment, especially when cycles failed. With the help of IVF, they had their daughter in 1999, when Thomson was 39 years old. The attempt to have a second child was painful, with three years of unsuccessful IVF treatments. In 2003 the couple decided to informally adopt a teenage refugee from Rwanda.

The Canadian singer struggled with infertility in her early thirties. After six years of trying, her first baby boy was born in 2000, thanks to an IVF cycle when she was 33. When she and her husband René Angélil wanted to add to their family, they went through 6 more IVF attempts and dealt with a miscarriage before conceiving again. Her twin boys were born in 2010. Dion has always been open about her journey with infertility, in order to inspire other hopeful parents.

Mariah Carey had a hard time getting pregnant, suffering a miscarriage soon after her marriage. When she did conceive her twins, a boy and a girl born in 2011, she was taking supplemental progesterone, which she continued ten weeks into the pregnancy. This treatment has been shown to reduce the incidence of miscarriage by up to 54% in women who suffer from unexplained recurrent miscarriage. Carey was 40 when she gave birth to her twins.

Oscar-winning actress Nicole Kidman has walked a long road through infertility, building her family with the help of adoption, IVF, and a gestational surrogate. Kidman has shared the challenges and heartaches of infertility with the media, including the facts that she has suffered through an ectopic pregnancy, miscarriages and failed treatments. In 2008 at the age of 41, she gave birth to her first biological daughter with the help of IVF. In 2010 she had a second daughter, using her own eggs but enlisting the aid of a gestational surrogate to carry the pregnancy.

The beloved Friends actor, Courtney Cox, suffered the heartbreak of recurrent miscarriages as she and her then husband David Arquette attempted to conceive a child. They found help at a fertility clinic, and underwent IVF. At the age of 43, she finally gave birth to her beautiful daughter in 2004.

Another celebrity who has been very open about her infertility issues is actress Brooke Shields, even becoming a spokesperson for an infertility help hotline. Shields went through a painful miscarriage and seven cycles of IVF before finally giving birth to her first daughter in 2003, at the age of 38 years old. Shields conceived a second daughter three years later without the help of ART.

The Sex and The City star and her husband Matthew Broderick dealt with secondary infertility. Their first child, a son, was conceived naturally and born in 2002, but they struggled to get pregnant again. Parker has not gone into detail about the fertility treatments she underwent, but has said that they tried many times and considered many options. In 2009, her twin daughters were delivered with the help of a gestational surrogate.

For any woman who has ever felt alone, or broken because of her infertility diagnosis, stories like these offer real solace. Some of our culture’s most beautiful, successful, and admired stars have also fought through the dark days of infertility, sought expert help, and come out the other side with beloved children. When celebrities share their stories, they normalize an otherwise isolating experience and offer us opportunities to talk about these issues. It’s another way to break down the stigma of infertility.