Published on May 3, 2016 by SCRC Contributor
Share this on social media: 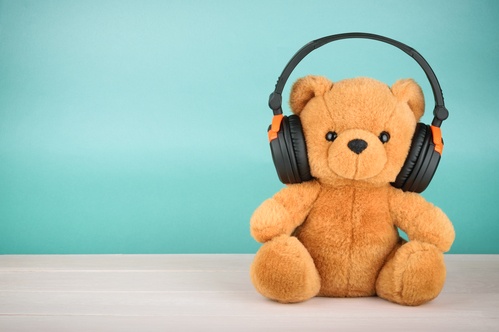 So many variables go into a successful IVF cycle, and as fertility experts, we are constantly working to create the optimum environment for fetilization in our lab. The goal is to recreate, as far as possible, the conditions inside the human body. Factors such as the culture medium, temperature, light, and air quality are well studied and understood, but they may only be the beginning. One fertility clinic in Spain has tried a novel approach, and the results of their study are astounding. They have discovered that playing music in the incubator may significantly improve fertilization rates.

Researchers at Institut Marques in Barcelona, Spain, worked with almost 1000 eggs from 114 different women. The eggs were injected with sperm and placed in the usual culturing medium to develop. They split the eggs into 2 groups. The control group eggs were placed in a normal incubator, while the other group was put into a special incubator which had been wired for sound. Dr. Marisa López-Teijón and her team worked with sound engineers to develop a system which streamed music inside the incubator at up to 80 decibels for 24 hours a day. Dr. López-Teijón says that she “tried to imagine myself as an embryo… At that moment I thought: what would I hear in the womb?” They decided to compare the groups to see if there was a difference in fertilization rates between eggs incubated in silence and the eggs incubated to music.

Three various types of music were played, to try to determine if a difference in musical styles had any noticeable effect. Pop, classical, and hard rock tracks were streamed into the incubators and the researchers looked for variations which might have been caused by the frequency of the musical beat.

The Institut Marques researchers discovered that the group of eggs incubated in the musical incubator had an almost 5% improvement in fertilization rates. This is a statistically significant difference, and it is the first time that anyone had proven a link between music and IVF fertilization. It turned out that they type of music did not seem to matter: whether hard rock, classical, or pop tunes had been played the improvement percentage remained the same.

The next question is how does music improve the fertilization rates of embryos in an IVF lab? Embryos at this very early stage have no ears or sense of hearing, so it cannot be due to an aesthetic preference. The researchers do not know for sure, but their hypothesis is that it is the musical vibrations which make all the difference. When fertilization takes place within the body, oocytes and embryos are moved through the fallopian tubes towards the uterus by a very gentle series of cellular contractions, known as peristalsis. These movements push the embryo on its way, but also pushes nutrients towards them and metabolized waste away from them. Dr. López-Teijón thinks that the vibrations from the music may be mimicking or replacing the peristaltic movements. This gentle “stirring” of the culture media could be helping to distribute nutrients more evenly and could also prevent toxic metabolites such as ammonia or free radicals from accumulating around the embryo. Further research is needed, but the findings are significant enough to change the way many IVF clinics currently incubate embryos in their labs.

With so much hope invested in every IVF cycle, fertility researchers are continually searching for new ways to boost fertilization rates and encourage the health and strength of the resulting embryos. These findings are another step along the way towards more effective, successful IVF cycles for patients all over the world.