The Evolution of Fertility Treatments and Development of IVF

Published on November 29, 2016 by SCRC Contributor
Share this on social media: 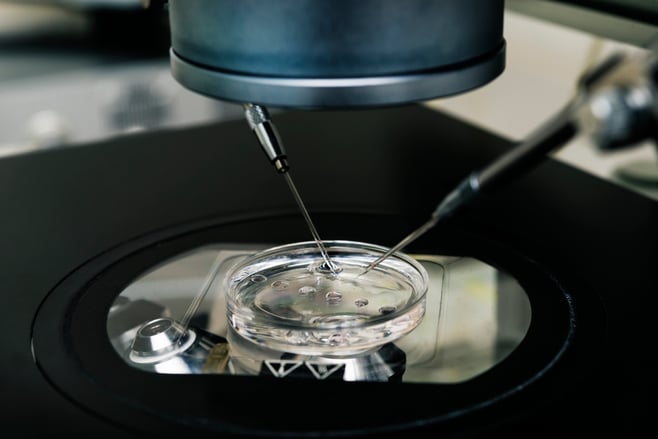 The development of in vitro fertilization (IVF) can be traced back to the moment when doctors first began thinking scientifically about the causes of what was then referred to as “sterility.” Previously infertility was considered a divine rather than a medical matter, and the inability to have children was considered either a judgement or a trial from God. At the turn of the 19th century, as science began gain ground in modern thought, doctors began to reconsider whether they could intervene in matters of infertility.

Before they could begin to isolate the possible issues underlying infertility, however they first needed to understand fertility, and it was well into the 1800s before researchers uncovered the basic scientific details of human conception. In 1827, they first discovered the existence of ova, or eggs, in the female body. Sperm had been discovered in semen back in 1677, but it wasn’t until 1843 that scientists learned that conception occurs when a sperm enters an ovum. With this basic knowledge, research could begin.

Early medical “solutions” for female infertility were mainly surgical, but by the late 1850s, artificial insemination was being attempted. This was the first major development towards what would eventually come to be known as assisted reproductive technologies, or ART, including IVF.

Dr. J. Martin Simms tried the procedure 55 times on six different women, but he did not take their ovulation cycles into account, and as a result, only one of the attempts resulted in pregnancy, which sadly ended in a miscarriage. It took a little longer for doctors to admit that male factor infertility could be at fault for a couple’s failure to conceive, and the concept of using donor sperm was not considered to be an option.

The first recorded case of artificial insemination by donor didn’t occur until 1884, when Dr. William Pancoast decided to treat a couple’s infertility by secretly inseminating the woman with sperm obtained from a medical student. The insemination happened while the patient was under anesthesia and Dr. Pancoast did not tell her what had occurred.

She gave birth to a baby boy nine months later, but it was several years before the doctor finally confessed to her husband what he had done. Neither man ever informed the mother. It was 25 years later the result of this case was published. Dr. Pancoast was roundly condemned for his actions, but it did open the door for consensual sperm donor insemination.

The leap from artificial insemination to IVF was a large one, both scientifically and in terms of public opinion, especially in the USA. For many years, arguments about the ethics of IVF experimentation in academia, government, and religion slowed the research process. There were also still huge gaps in the medical understanding of the human reproductive system.

In the 1920s and 30s, the hormones progesterone, estrogen, and testosterone were all identified, and their roles in reproduction and pregnancy were closely studied. By the 1940s, chemical hormone substitutes and supplements became available, another important development which would eventually become a standard part of infertility treatments.

It was in 1944 that Dr. John Rock of Harvard reported that the first US fertilization of human eggs in a laboratory dish (in vitro) had occurred in his lab. The announcement was greeted with interest by the scientific community but stridently denounced by the Vatican. In the following decades, IVF experiments were conducted around the world, but there were many issues with funding and fear in the medical community that this type of research could damage the reputation of any institution which was known to be participating in it.

At 11:47 pm on 25 July 1978, at Oldham and District Hospital in Greater Manchester, the first IVF baby in the world was born. Her name was Louise Joy Brown, and her birth changed everything. The media was fascinated and enchanted, and the tide of public opinion began to turn strongly in favor of this new technology which could offer hope to so many couples desperate for a family. By 1980, the first American IVF clinic was opened, and a new age of fertility treatment had truly begun.

The science of fertility treatment continues to advance, with researchers continually searching for new ways to help couples conceive. Every new development opens new opportunities to a wider population, and brings fresh hope to fertility problems that were previously considered impossible to overcome.

The next major IVF breakthrough came in 1987, when the use of donor eggs became publicly available. Commercial donor sperm banks had been in operation since 1970 and were used for both artificial insemination and IVF, but egg donation as a part of IVF took longer to develop.

The first successful egg donation pregnancies occurred in 1983, and since then there have been more than 50,000 live births from donor ova. IVF with egg donation is an extremely effective treatment, especially for women who struggle with low ovarian reserve or poor egg quality. It has opened up the possibility of parenthood to thousands of women who might otherwise never have had the chance to have a baby.

Cryopreservation, or the freezing of sperm, eggs and embryos, plays a huge role in IVF.

In the early days, there was a higher risk of damage to the thawing eggs or embryos, but advances in both freezing and thawing techniques and technology have made it a very safe option.

The use of frozen embryos can have advantages over the use of fresh embryos for some patients. Separating the ovarian stimulation and egg retrieval procedure from embryo transfer can allow the reproductive system to rest, eliminating many of the risks of Ovarian Hyperstimulation Syndrome, and IVF conducted with frozen embryos cuts out the risk of low birth weight that is associated with fresh embryo transfer IVF.

In the beginning stages of IVF, fertilized eggs were cultured in the lab for three days before the resulting embryos transferred to the woman’s uterus. Because it used to be difficult to know which embryos were likely to implant, three or more were transferred at the same time. This is a leading reason why IVF became so linked in the public’s mind with twins and higher order multiple births.

While multiple births can be wonderful, the increased danger for both mothers and babies during pregnancy and birth is considerable. Multiple pregnancies are risky pregnancies, and where possible, doctors prefer to cut down the risk.

In the late 1990s, increased understanding of the nutritional needs of developing embryos made it possible to culture them to the blastocyst stage: typically, five to six days after fertilization. A blastocyst is much more advanced than a three-day embryo, much easier to screen for genetic health, and much more likely to implant after transfer. This has made it possible to offer single embryo transfers to many patients, hugely reducing the risk of multiple pregnancy.

Intracytoplasmic Sperm Injection (ICSI) is a procedure where an embryologist physically injects the sperm into an egg. It is performed under a microscope using micromanipulation instruments. ICSI was first performed in 1987, and the first successful birth resulting from ICSI occurred in 1992.

It has become an invaluable tool for overcoming many types of male factor infertility. Poor sperm quality is the leading cause of infertility. It is particularly useful if a man has a very low sperm count, poor morphology, or if his sperm has difficulty penetrating the egg to achieve fertilization.

PGS is used to screen embryos chromosomal normality. It can identify whether an embryo has too many or too few chromosomes. Many cases of pregnancy loss are due to chromosomal abnormality, so this PGS can often help when a woman has suffered multiple unexplained miscarriages. It can also reduce the chance of having a baby with a serious genetic disorder.

PGD is a more involved form of genetic testing, which is used to look for specific genetic diseases such as Tay Sachs or cystic fibrosis. For couples who are carriers of these diseases and fear passing them onto their children, PGD can offer invaluable peace of mind.

Both PGS and PGD can determine the sex of an embryo, which may give families the opportunity to balance their family if they already have one or more children on the same sex.

One of the newest developments in fertility medicine is the EmbryoScope, a specialized incubator that takes time lapse photos of embryos as they develop. This cuts down the need to remove the embryos from the safety of the incubator multiple times during their development, and limits their exposure to any possible handling errors or airborne contaminants which could harm them.

The Embryoscope takes a picture of the embryo at a rate of one every five minutes. The photos are put together into a time-lapse film, and gives the embryologist a chance to watch and monitor the embryo’s divisions and development on a constant basis, while it remains in the ideal environment of the incubator. Advanced algorithms and artificial intelligence can be used to identify patterns in the way embryos develop, and has begun to suggest that the specific timings of cell divisions can be used to predict the potential viability of the embryo. All of this allows the very best and healthiest embryo for transfer, leading to much better outcomes for patients.

Today, researchers around the world continue the journey that began so long ago. The boundaries of what is possible with IVF and fertility treatment are constantly being expanded. The mission remains the same, to give everyone who dreams of being a parent the opportunity to eventually hold their healthy, happy baby in their arms.